Here we are nearing the end of the summer and Brandon took the opportunity to sit down with Latoya, our Program Director.

B: So, this will probably be the final staff interview of the summer and I thought it would be appropriate because I heard that you are heading out this summer, that this would be your last summer here.

L: In this position, yeah.

B: Well yeah. In the full time, you're the boss of everyone position.

B: Well, let's start at the beginning then. Would you mind telling me the story of how you came to camp?

B: This is probably the first time I'm asking this question where I don't actually know the answer, so...

L: I sought camp out. Camp has been a part of my life for a very long time and my husband and I were sort of immigrating to Canada for him to do flying lessons and school. Prairie is not too far away from here. I just sought out camps that would be in the area because that has been my consistent trend, teaching in the fall and working at camps in the summer. I found Salem Acres and I said to myself "it's really close to Prairie, I should go check it out." And I did that, literally, and noticed that they needed some help, and I applied for the job and I got it.

B: Okay. So, it didn't just stop there though. You've been coming back for

B: obviously longer than I've been here, which isn't saying much,

B: but you've been here a while.

L: It means that... I didn't intend to stay to be quite honest with you. I was hoping that I would be working with the college and staying with them but the help was needed here, and then there weren't positions open that I was interested in there at the college. So it sort of worked out. I can't say that I planned to stay, especially not in a full time capacity and live here, because that was never the plan, but I stayed because there was a need and also because I realized that camp was in a transitional space. I always like being a part of change, being a part of something that's going to be getting better and I was able to see that, with some help, this camp could definitely grow. There was a little bit of... well, if I was to be honest with you some doubt, in the beginning but it continued to move forward. And so I'm happy that I stayed, that I can look back now and sort of reflect and say "Wow. God's definitely been in all of it".

B: That's really great. Uh... I was going to ask... I know for most staff members, when I've talked to them, they've expressed that being here at camp, specifically because camp can be kind of stretching sometimes, it gives them an opportunity to both encounter God and see a lot of growth in their lives as a result. Would you say that you've seen that being here? I know it's kind of a different thing, being at the top of the ladder, so to speak but...

L: Yeah, regardless of where your position is you should grow. If you find that you can't, then the problem must be you. Just working with different people, different personalities, different backgrounds has been stretching for me, for sure, and then being able to see God work in my personal life, in terms of letting go of expectations, and where I think people should be. And I don't think that's something that started and stopped, it kept going for me specifically. And then, I think what has been most transformational has been able to walk along side people. For you, for instance,

L: seeing you here from year one and seeing you now it's like "That's amazing". You went from a guy of "No, I don't really want to share anything" to being able to share your story. And to sit there, and listen to it at campfire it's like "Wow, I'm so glad we hired you." That's transformational for me, sorry to bring you in this...

B: For the people at home, I did not plan this. This is not a me thing.

L: *Laughter* Not at all. But it's a blessing to be able to walk along side people and not know the full picture, because a part of me likes to know what makes this guy tick, like he's here, he loves kids, but I don't know the full story. And then it sorta came out, like within your testimony it sort of came out, "Oh, that would be why he didn't want to share in year one". And so it just all came together, and that sort of stuff is beautiful because it's like: that's growth, in the epidomy sense, in terms of "Wow, God's not just working in me, through me, but he's also working with all these people that I'm working with". And that's the joy, that I've lived for, to be able to walk that journey.

B: So you've said that you are going to move on,

B: that as much as the time here has been what it has been,

B: I know I at least am going to have a bit of a mental readjustment to you not being here.

L: Well, hopefully whoever is walking in to the role looks forward to the joy of meeting and being with people as much as I do for ministry. Moving on is not necessarily moving on away from camp, it's moving on in a different field. My career path has been to be with ministry with people, but in counseling specifically. So, one on one is my preference, even though I can do the whole group thing and be in there, that's not what I enjoy the most.

B: You'd rather go a little bit deeper in to one person.

L: Absolutely. And I would love to know more than the surface. I actually don't like staying at the surface. My purpose and goal would be to be able to be working with students in this capacity, but more or less from a counseling perspective. That's what I've been pursuing my masters degree in, working here all this time, and so I'm right at the end of completing that and being able to look forward moving into that. Do I have specifics clearly now? Not at this point, but that's the goal, to be able to go into practice and to serve and to work with students.

B: Alright... well, I think that's all the questions I have planned,

B: so thank you very much for your time.

L: Absolutely, it's been a pleasure. Thank you for being here Brandon. 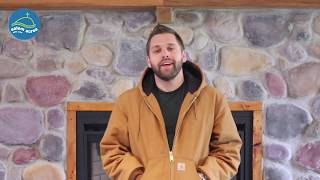 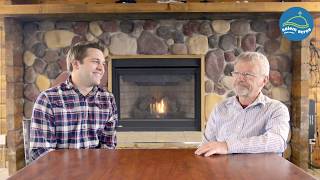